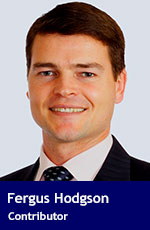 The Chinese economy is growing and surpassing the United States economy in size. That stature, with its consequent soft and hard power, means opposition to the Communist Party of China’s regime needs to be multilateral. No matter how much unipolarity the U.S. has enjoyed in recent decades, it can’t go it alone and would benefit from Canadian support.

Not only is China’s economic might ominous, but the regime’s illiberal and seemingly boundless control inclinations are also becoming more glaring by the day. Even the Taliban have concerns about China’s human rights record. Enough said, really.

For three years, Canada was locked in an international relations confrontation over the potential extradition of Huawei executive Meng Wanzhou from British Columbia to the United States. Chinese bullies detained three Canadians in China – one sentenced to death – as part of what has become known as hostage diplomacy.

China is Canada’s second-largest trading partner, and Canadians don’t deserve to be punished for Chinese government wrongdoing. Now is the time for Canada to take a stand, draw on its own bargaining chips and reduce dependence on commerce with an antithetical regime.

Once Canadians and their elected officials acknowledge the profundity of the problem, there are many options on the table and allies eager to have support. Taiwan, in particular, merits more trade and healthier relations. An end to wage subsidies for Chinese state-owned enterprises, paid for by Canadian taxpayers, is another no-brainer.

The shrewd policy-maker, though, looks at the source of the problem. One of the paradoxes of China’s rise is that the regime has used both North American-educated talent and North American capital. Canadian and American institutions have trained the planners and bankrolled much of China’s economic growth. This year, new Chinese stock listings in the United States reached $12.8 billion market capitalization, but that’s the tip of the iceberg of North American investment in China.

The thinking over the decades, especially early on in the opening of China, was that economic freedom would generate a sufficient middle class to demand political freedom. Sadly, that assumption has proved mistaken, but one need not make the mistake all over again. Canada can scrutinize and, if necessary, impede precious capital from building an economy and regime that is an arch-enemy of Western civilization.

In 2020, the U.S. federal government under then-president Donald Trump passed the Holding Foreign Companies Accountable Act. This required publicly-listed Chinese companies to disclose their legal structures – shining a light on shell companies – and report their risk of interference from the Chinese regime.

The U.S. Securities and Exchange Commission is still mapping out how to enforce this. However, a July crackdown by China on Didi Global Inc., the largest ride-sharing app in China, hastened regulatory activity on this front. Less than a week after Didi’s initial public offering on the New York Stock Exchange, China’s Cyberspace Administration ordered Didi delisted from app stores. The company consequently lost half of its $10 billion value.

China apparently didn’t want a firm so powerful and with so much information that it could threaten regime insiders. The actions against Didi pose the question: amid flagrant intimidation and cronyism, which Chinese companies are not government surrogates?

Sunlight is often the best disinfectant. According to Doug Guthrie of Arizona State University, mere scrutiny from the SEC has led to a “serious pause” for Chinese IPOs on U.S. exchanges.

Of Canadian exchanges, the TMX Group in Toronto (TSX and TSX-V) is one of the 10 largest in the world, with more than $2 trillion in market capitalization. TMX Group confirmed via email that there are 19 Chinese firms (including a handful with headquarters in Hong Kong) listed on the two exchanges. Their market capitalization is pushing $3 billion.

Listing on the TSX or other Canadian exchanges isn’t a crime. However, China has blocked efforts by the Canadian Public Accountability Board to audit Chinese companies publicly listed in Canada. Only three other countries have made the same denial: Bermuda, Tunisia and Mexico.

The provinces have jurisdiction over Canadian capital markets, although handling Chinese companies could fall under national security concerns. Whether the initiative comes from the provinces or the federal government, it would serve to further establish Canadian exchanges as trustworthy and subject to the rule of law.

As it stands, there is a vulnerability: firms that act as conduits for China can lean on Canada’s hard-earned, positive reputation. That merits resolving, as the Americans are well on the way to doing.

This particular step makes sense because it would stop rejected firms from simply moving north. It would also amplify the actions taken by the United States by encouraging other nations, such as Germany and the United Kingdom, to follow suit.

Fergus Hodgson is a research associate at the Frontier Centre for Public Policy.